Back in the mid-1980s I bought a ZX Spectrum computer game with my pocket money called Booty. I found playing the game to be both fun and infuriating.

Fast forward to 2017 and I discovered the Pico-8 virtual game console, which allowed me to go back in time and create the retro 8-bit video games I wanted to back when I was younger.

While working on my own game design I realized it used some similar concepts to Booty, so decided to recreate one of it’s levels as an experiment and got carried away until I’d almost replicated the whole game (with a few differences to make it more easily completable). 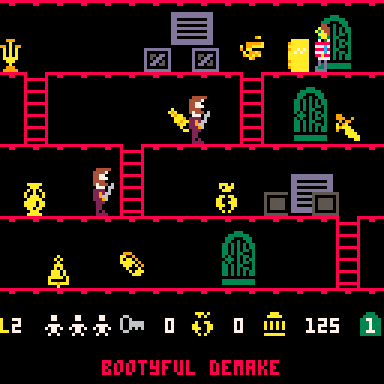 Yesterday I released the game on the web at Itch.Io, playable within the web browser. I also put the source code (messy as it was) up on Github. 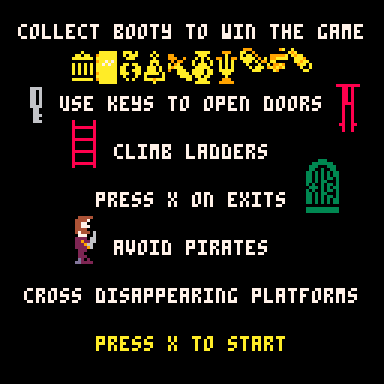