This started as a short story crossover between Les Miserables and War of the Worlds. I felt it had potential as an interactive story in which readers could make decisions and take different paths as the play the part of the main character.

At different times I’ve changed the look of the game, and even added my own voice to narrate it, and got as far as making the first stage playable (click the image below to play): 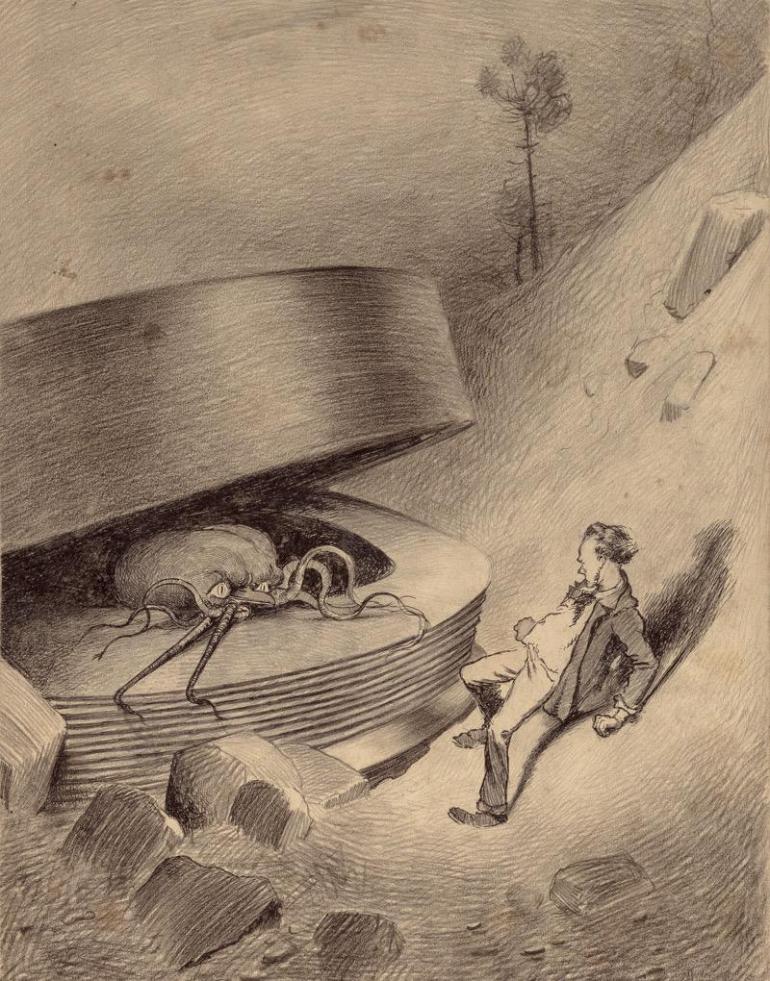 From the map below you can see that a much more extensive game was planned, and there was a design document made detailing some of this.

Realising I might never get around to finishing it I entered what I’d worked on so far into a competition for unfinished projects and it received several encouraging reviews:

“Love the use of spoken narration in a game that evokes a radio play! This story looks really ambitious; … Really promising work!”

“I enjoyed the game more because of the audio. … would love to see you take that aspect further, … You might not be a voice actor, but the audio gave it a real War of the Worlds feel, and I thought you did a pretty darn good job. … Good work on the technical end and the recordings – bravo there.”

And from Emily Short, the venerable interactive fiction writer herself:

“In contrast with some read-aloud IF, it feels as though this game was created for this kind of presentation; the sentences are meant for reading. The reader performs them with gusto, too. … it was definitely on the more compelling end among audio IF stories I’ve experienced.

… I was enjoying the rest of the presentation enough that I kind of wished I could sit back and just listen.”